Talking about Anantapur and the first thing that comes to mind is Puttaparthi Sathya Sai Baba. Sathya Sai Baba was an Indian guru and philosopher and believed to be the reincarnation of Shirdi Sai Baba. He founded an organization - Sathya Sai Organization. The main aim of the organization is to enable its members to undertake service activities as a means to spiritual advancement.

Sathya Sai was born in a small village near Puttaparthi. In March 1940 he was apparently stung by a scorpion. He lost consciousness for a few hours and a few days went like this. When he regained consciousness he started reciting Sanskrit verses although he had no prior knowledge of the language. His parents were concerned for him and tried all sorts of prayers and treatments. It was in May 1940 he called all his family members and distributed flowers and prasadam to which his father got immensely angry. In October 1940 he declared ‘I am Sai Baba’. This was the first time he proclaimed himself as the reincarnation of Shirdi Sai Baba. 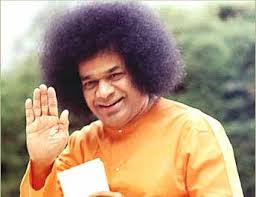 Over the years he attained the position of a highly acclaimed spiritual guru and had followers from all over the world. He died on April 24, 2011 at the age of 84. After his death the body was present in the state for 2 days. He was buried on April 27 with full state honors. It is believed that an estimated 5,00, 000 people attended the funeral which included Manmohan Singh, Sachin Tendulkar, Narendra Modi, Ambika Soni, SM Krishna and Sonia Gandhi. Owning his stature and popularity, he was included in the Watkins 100 Spiritual Power list in March 2011.

The organization publishes a monthly magazine called ‘Sanathana Sarathi’. It is published by Sathya Sai Books and Publication Trust. The English translation of Sanathana Sarathi means eternal charioteer.
In November 2001, the digital radio network Radio Sai Global Harmony was launched through the World Space Organization. The main aim of the radio was to spread the teachings of Sathya Sai Baba and his and message of global peace and harmony.

Sri Sathya Sai General Hospital was opened for general public in 1977. It offers premium healthcare services, surgeries, food and medicines free of cost. The hospital has treated over 2 million patients till now.

Sri Sathya Sai Institute of Higher Medical Science is located in the heart of Puttaparthi town. It is a 300 bed hospital which was inaugurated by Prime Minister Narasimha Rao on 22 November 1991. The hospital was constructed in a record time of just 1 year. It is equipped with the following –

After seeing the success of the first super specialty hospital, Karnataka government offered the trust 53 acres of land to establish a second super specialty hospital in Whitefield, Karnataka. It is a 333 bed hospital and is very popular in the region. The hospital was inaugurated in January 2001 by the then prime minister Sri Atal Bihari Vajpayee. The hospital has provided free medical care to over 250,000 patients. 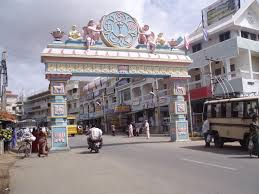 Puttapparthi is a small town in Anantapur district of the south Indian state of Andhra Pradesh. The original name of the town was Gollapali. The town was Sathya Sai Baba’s home and is now home to Sathya Sai Organization. People from all parts of the country and abroad used to visit Puttaparthi to seek blessings of Sathya Sai Baba. It is now a popular religious tourist destination of the region. 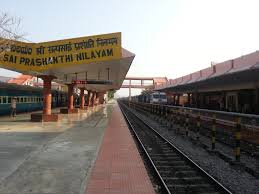 Puttaparthi railway station is named as Sri Satya Sai Prasanthi Nilayam station and it started functioning in November 2000. The station is just 8km from the main ashram and falls under the Bangalore Division of South Western Railways. The town is well connected by train to Chennai, Bangalore, Hyderabad, Mumbai, Coimbatore, Kolkata and even New Delhi.

Puttaparthi town has its own airport which is located just 6km from the ashram. The airport is owned by Sri Sathya Sai Central Trust and is spread over an expansive 450 acres. The other nearest domestic and international airport is Kempegowda International Airport of Bangalore which is 119 km from Puttaparthi.


Ashrams and Mandirs in Puttapparthi

The ashrams and mandirs established by Sri Sathya Sai Baba and Sathya Sai Trust are a standing example of fine architecture and grandeur.

Prasanthi Nilayam which means abode of the highest peace in Puttaparhi was the main ashram of Sathya Sai Baba. In fact Puttaparthi town saw immense development courtesy Sathya Sai Organization. Today the town has –
Sathya Sai Baba gave daily darshan to his devotees in this ashram. Prasanthi Nilayam was the main ashram where Sathya Sai Baba resided for most part of the year, from early June to middle of March. It is believed that many high ranking Indian politicians have been the official guests at the ashram.  Some of them were former president – APJ Abdul Kalam, former Prime Minister – Atal Behari Vajpayee, Karnataka chief minister – B. S. Yeddyurappa etc. For the 80th birthday celebrations of Sathya Sai Baba, more than a million people became a part of the festivities.

Sathya Sai Baba has a long list of followers from all over the globe. Some of the most popular names include the following –
Politics
Sports
Music, Films and Art